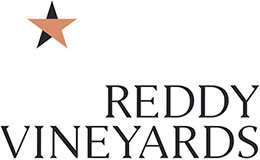 Cabernet Sauvignon is a full-bodied, acidic red wine grape varietal with high alcohol content, which possesses strong tannins that mellow with age. This hearty, thick skinned grape is one of the best gifts for wine lovers. The popular grape varietal possess the remarkable ability to grow in almost any climate, from California’s Central Valley, to Bordeaux’s left bank gravel, to the the High Plains of West Texas.

Here are some fun and interesting facts about the world’s most widely recognized red grape varietal!

Yay Cabernet Day!
The Thursday before Labor Day is the official holiday of Cabernet Sauvignon. The first official #CabernetDay started in 2010 when marketing guru, Rick Bakas, gathered a group of wineries in Napa to promote it on social media. Cabernet Day was born!

Judgement of Paris.
In 1976, a bottle of 1973 Stag’s Leap Cabernet Sauvignon beat out the competition, including famous French red wines, to win the so-called Judgement of Paris. This changed the valuation of American wines as we know it.

The Most Expensive Wine Ever.
“The Setting”, a 2015 Cabernet Sauvignon, was created by celebrity wine maker, Jesse Katz, the youngest person ever to become head wine maker in the US. It sold for $350,000 at a charity auction for Emeril Lagasse’s foundation, Carnivale Du Vin.

Long Lost Parents.
Cabernet is the son of Cabernet Franc and Sauvignon Blanc. In 1997, a group at the University of California Davis stumbled upon this discovery, which shook up the wine world. No one thought that a white grape like Sauvignon Blanc could create such a bold and dark red.

It’s Not Easy Being Green.
It makes sense that Cabernet Sauvignon has some green flavor to it, because it comes from the herby and delicious Sauvignon Blanc. However, for many years the “green” or bell pepper flavors from Cabernet were criticized. Winemakers eventually discovered new pruning techniques to reduce the green aromas. Sometimes, you will notice the subtle notes of green peppercorn or bell pepper still sneak through.

Money Honey.
The best Cabernet Sauvignon based wines are tracked over time like stocks on sites like Liv-ex and Cavex. Note worthy publications have mentioned that an investment in wine offers returns similar to that of gold or jewelry. Bordeaux is one of the top regions right now for proven wine investments.

China loves Cabernet.
The Chinese have a penchant for the best Cabernet Sauvignon and they are the largest consumer of red wine on earth. Chateaus in China go to painstaking efforts to produce wine. At Chateau Hansen on the western side of the Gobi Desert, vineyards are buried by hand to survive the icy winter.

There you have it. Next time you reach for a bottle of Cabernet Sauvignon to share with family and friends, you have some interesting facts to share as well!

Be sure to try our very own Reddy Vineyards Reserve Cabernet Sauvignon. Our Reserve wines are micro-production bottlings showcasing the best grapes from each vintage.  Luxurious and collectable, these wines are among the finest produced Texas wines. 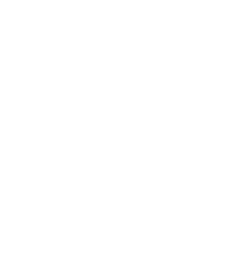 Are you shipping within Texas?

Within Texas
Outside of texas
MIX & MATCH:
10% OFF 6+ BOTTLES
or
15% OFF 12+ BOTTLES
(Savings automatically applied in cart)
Your Cart